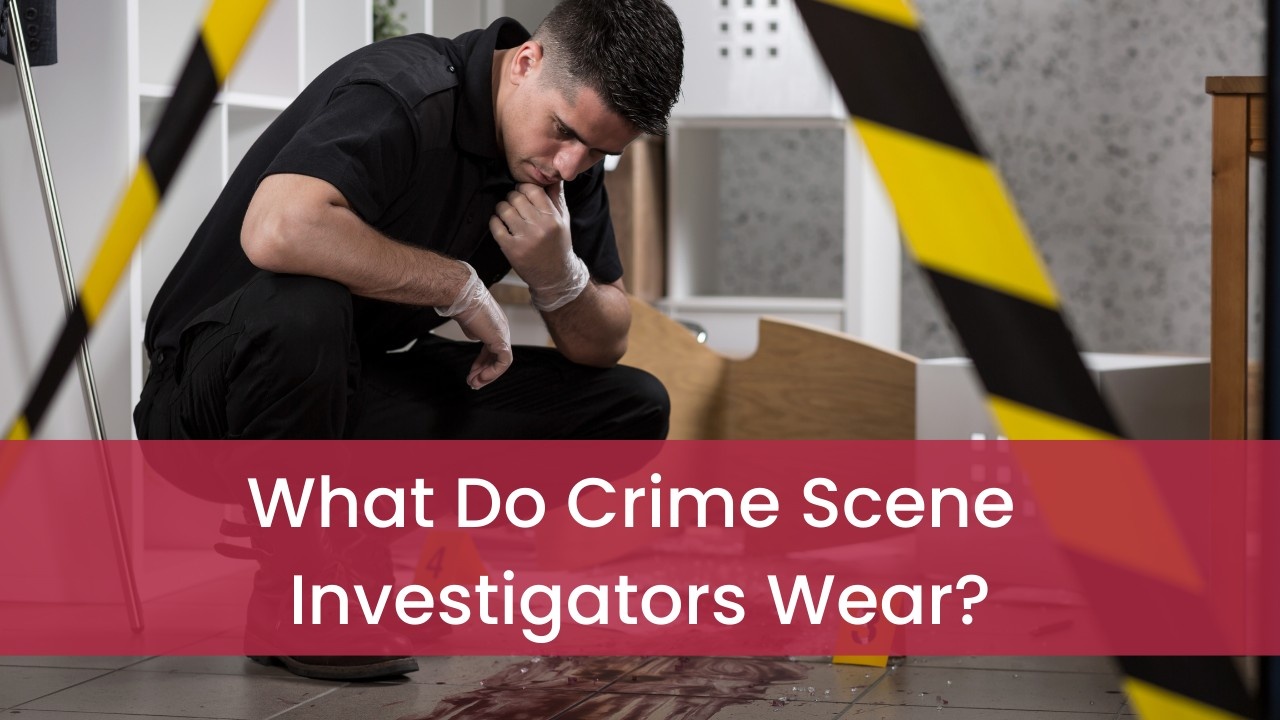 You're trying to write the crime scene in your next mystery novel, but the cursor just blinks back at you. You've got nuthin'.

You decide that a 3-hour binge session of your favorite crime drama is immediately necessary (all in the name of book research, of course). You gather up your necessary snacks and drinks and get cozy on your couch.

In the opening scene, the actors go about their business, processing crime scenes, collecting evidence, and working in the lab. They’re all wearing the perfect outfit: stylish blouses, dress pants, leather jackets, and high heels, none of which ever seem to get dirty. Plus, they all have great hair and makeup.

What Do CSIs Wear at Crime Scenes?

As a former forensic scientist in a crime lab, I didn’t go to crime scenes. Each law enforcement agency collected their own evidence (usually sworn officers) and submitted it to the lab for analysis.

Since I wasn’t personally present at crime scenes, I called upon some colleagues to describe a typical CSI outfit. These colleagues include both civilian employees and sworn officers.

The following list describes a typical CSI uniform piece by piece. I then provide an example of an entire CSI outfit. I also list several items of clothing that are unique or didn’t fit the main description.

By far, the most common type of shirt worn by a crime scene investigator is a polo with the name and department embroidered on the left lapel area (or both lapels). These polos are mainly dry weave or a synthetic blend, but some are cotton. Colors include black, navy, gray, blue, and green.

Several respondents mentioned that they wore a “uniform shirt” or a 5.11 shirt. 5.11 Tactical is a company that produces uniforms for law enforcement and fire/EMS, as well as outdoor clothing and gear. Some of the polo/tactical shirts have “Forensics” or “Crime Scene” written on the back.

One respondent said that the supervisors at his agency wear different colored shirts so they can be easily located at the scene.

Pants include tactical pants or battle dress uniform (BDU) pants. BDUs are essentially military pants. Rothco is a company that sells this item. The most common colors of pants worn by crime scene investigators are black and navy.

Several crime scene investigators mentioned that they wore belts with various items they need at scenes, including a radio, key clip, flashlight, glove pouch, multi-tool, and knife. Some of the sworn officers had their badge and duty weapon on their belt.

When footwear was mentioned, almost everyone said they wore boots at the scene, with one respondent saying she wore slip-on shoes. Waterproof is ideal, and the only color mentioned was black. (Can you imagine white shoes at a crime scene? Ick.)

If the CSIs didn't wear the clothing items mentioned above, they wore business casual clothing or a regular duty uniform. Civilian crime scene investigators at a large city police department in the state where I used to work wear black jumpsuits/overalls with the person’s name embroidered on the left lapel and “CSI” in big white letters on the back.

Tyvek suits are worn only when the scene calls for it (i.e., pretty messy).

Outerwear, such as a jacket, is worn depending on the weather (rain or colder climates). Jackets can have the name/department on them.

Hats are sometimes worn if the weather calls for it.

One respondent mentioned he wore a vest to hold extra supplies.

Now that you know the pieces of a crime scene investigator outfit, let’s put them all together in a typical head-to-toe ensemble:

When you’re describing people in your books, you want to make sure you’ve got it right so it comes across as believable to your readers.

Now you have an overview of the basics and can change the colors and add/remove items as needed to come up with your own version for the characters your book.

Where Does Evidence at a Crime Scene Get Sent for Testing? 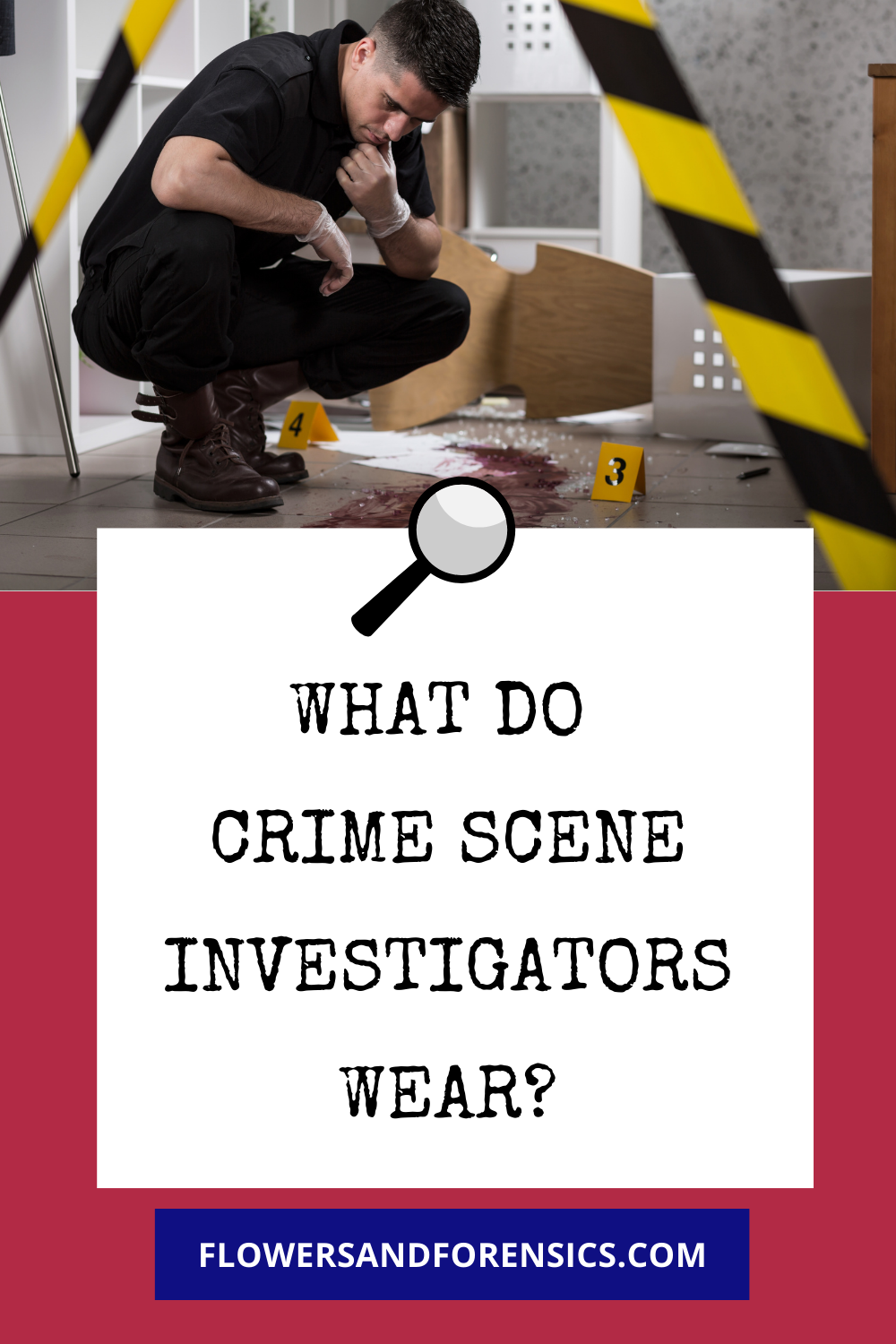 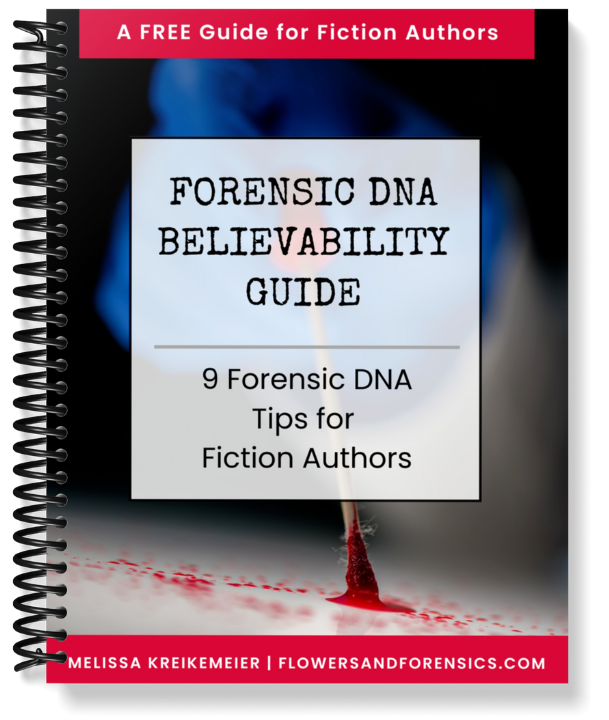 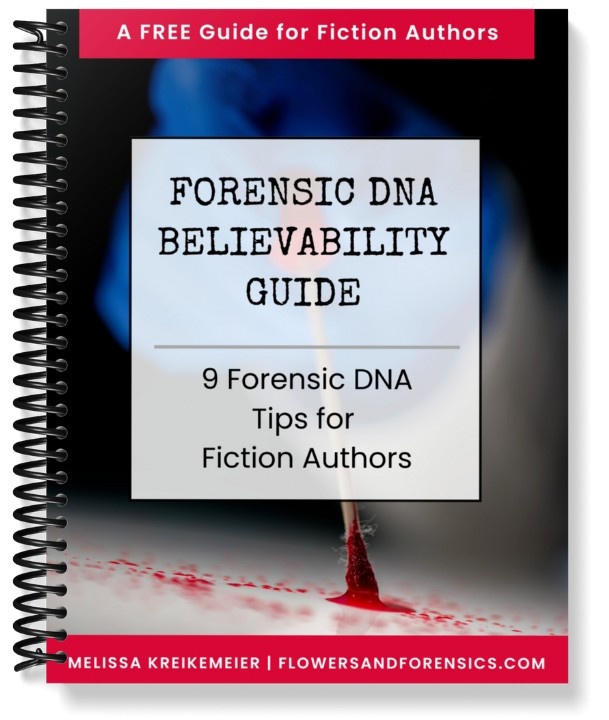